Since Paco passed away two weeks ago, we’ve had a whole lot of inexplicable luck come our way. Even the biggest disbelievers out there have to admit it sure seems like one little brown guy is up there looking out for us.

1. We got a storefront! Three days after Paco died we got the news that we’d secured the storefront we had been hand wringing over for two weeks. At the same price as our current studio, but in a prime location with ample natural light, it’s a mini miracle. Let the remodeling begin! 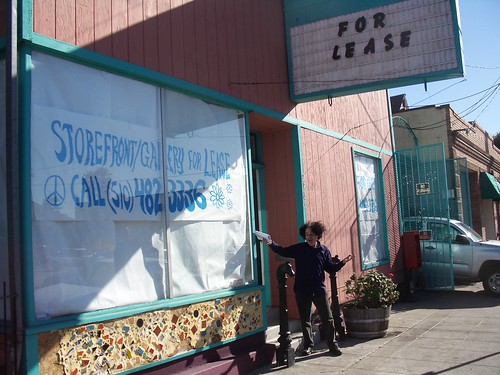 (If you’ve e-mailed in the past week and have experienced a delay in response, it’s because we’re busy splitting our time between the two places and the new store does not yet have internet access. We expect the delay to last through the next week, and then it will be resolved)

2. We’re in Craft Magazine! The magazine hit stands four days after Paco died. If you pick up a copy, the author byline reads, “Ana Poe… She belongs to Paco, a 7 year old American Pit Bull Terrier,” a statement that still reads true. 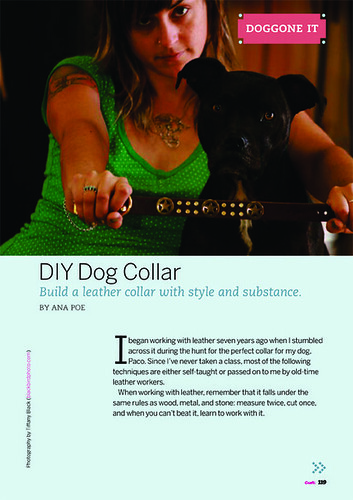 It’s the issue with Amy Sedaris on the cover, which only makes it sweeter.

3. Paco Collars will be in Modern Dog Magazine! Just a few days ago we received an e-mail stating that one of our collars was selected as Staff Pick and will be featured in the Spring issue. Thanks, guys, we’re glad you like our Celtic Collar.

4. Lolo is getting new legs! Faced with two torn cruciate ligaments, the same injury Paco suffered last year, and a slim rescue budget, this little foster dog’s outlook was not looking so good. However, due to the extreme generosity of a surgeon, donations made to BADRAP on Paco’s behalf, and the coordination of a bunch of folks, it looks like Lolo will be getting the surgery she so desperately needs to lead a normal life.

It’s a good thing, too, just look at this face! 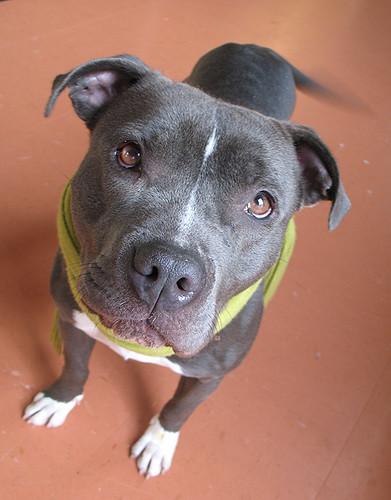 So even though the tears are still fresh and these bits of good news cannot be celebrated with the same elation they’d normally be greeted with, there is a light at the end of the tunnel. And we know that Paco is up there pulling some major strings for us. Thanks, Peanutty Buddy.

One thought on “Guardian Angel?”