Every year we handpick outstanding owner/dog teams that we support with company sponsorship.  If you would like to be considered, please keep yourself glued to our Facebook page for when we announce a call for applications.

Aryn is owner of Leaps and Hounds Dog Training based out of San Rafael, California. Aryn began training dogs at age 14, as a volunteer puppy raiser for Guide Dogs for the Blind. Since then, she has worked with service dogs, and trained dogs with serious behavior problems as well as pet dogs of all ages and breeds. Aryn is active in many dog-related activities. You can read more about her accomplishments here. 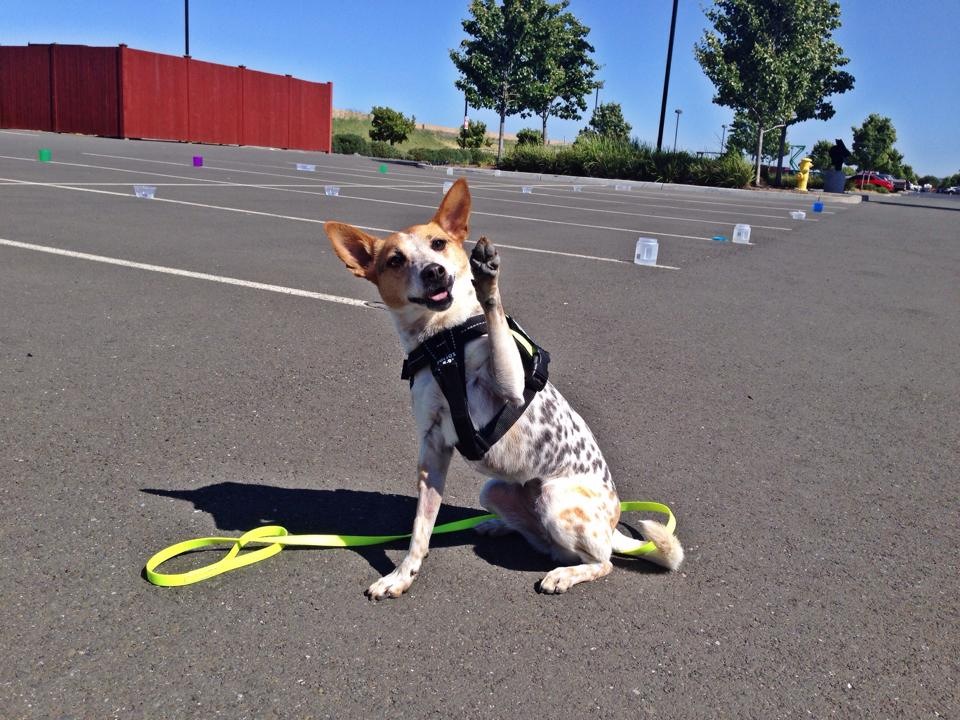 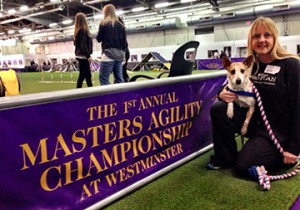 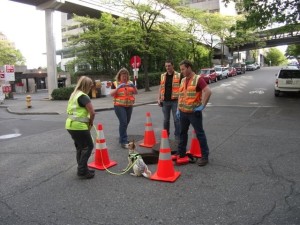 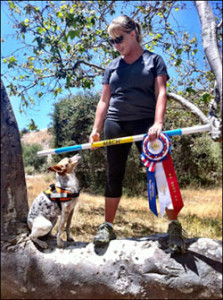 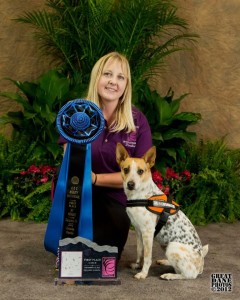 Nancy is owner and head trainer at Paws & People in Bozeman, Montana, founder of The World Treibball League and owner of the Scent Project. She also travels throughout the year to offer training workshops at nationwide facilities and clubs. Be sure to check out her inspiring and canine-to-human relationship blog where she’s won various writers awards as well.

STORY – I took a drive to visit a breeder we had heard about, and ended up spending 4 hours sitting in a paddock with turkeys, llamas, sheep, and a litter of border collie puppies. Story was definitely the ‘surfer dude’ of the bunch, and he caught my attention from the get go.  Fun, funny, easy going, but focus like I had not experienced before. Story is probably the most deeply honest and versatile dog I have ever known. He is large, powerful, and he humbles me every day. He has performed around the country, and on national television, and he has also appeared in numerous magazine articles. Story is from the Wolf Ridge Lamb & Wool Co. in Paradise Valley, Montana, and has spent nine years with me in Bozeman and beyond! 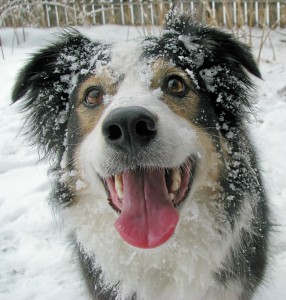 $eeker – $eeker is our ‘cattle herding’ border collie from Calgary, Canada. I chose him from his litter because he was the one who melted into me like butter when I held him. Little did I know that he was going to mature into an amazingly brilliant, and equally as intense working dog. He started out as my daughters competition dog, but he is now my freestyle and treibball dog, and her running partner. Above all else, he loves to just be loved. He might be the most affectionate border collie we have ever had. He is gorgeous, fast, focused, loving, and ready to go at any moment. 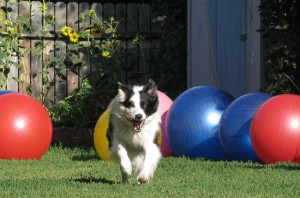 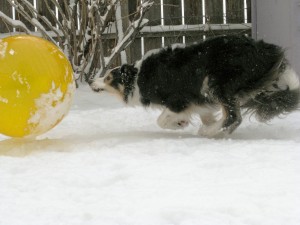 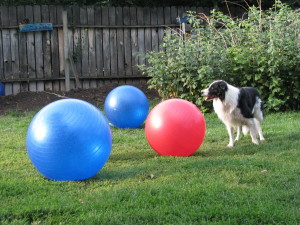 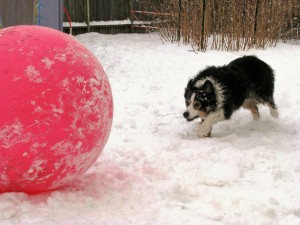 Michelle is based out of the San Francisco Bay Area and keeps busy not only entering every dog sport under the sun or attending 30+ events per year, but is now new mother to a bouncing baby boy! Oh, she comes through to the shop sometimes to hang out and hit things with a hammer too. 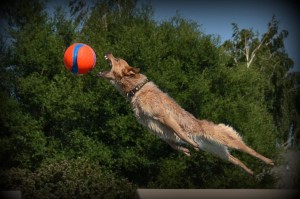 Cannon was rescued from a Southern California shelter moments before his time was up, by the Nike Animal Rescue Foundation, NARF for short. He was only 6 months old. I feel in love with him the moment I saw him, but it was not a good time for us to add another dog to the family. However, having fostered many dogs in the past we decided that we could help this one find the perfect forever home and took over fostering. Little did we know, we were that perfect forever home Cannon needed. 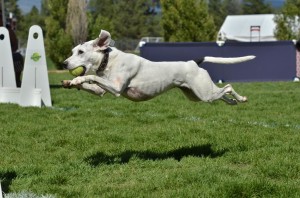 Jasmine was rescued after being thrown from a car on the freeway by a Good Samaritan. She was taken in by my husband who she bonded instantly too, but she continued to remain shy and very fearful of almost everything. New environments, car rides, people, dogs, you name it, it was scary. However, with lots of TLC and positive reinforcement Jasmine began the long transformation to the dog she is now.

Today Jasmine is a senior citizen at 11 years old. At her prime she competed in disc dog, agility and flyball. Jasmine was a five time world finalist disc dog and collected her far share of ribbons and trophies during her disc dog career. She is now retired from the freestyle portion of disc dog competition but still enjoy competing in the Toss n Fetch portion of the disc dog competition. Jasmine was also a member of Dogs-The Incredible Dog Show and traveled to Puerto Rico, Mexico and Florida showing off her flyball and disc dog skills entertaining audiences young and old. Jasmine still activity competing in Flyball, Dock jumping, Barn Hunt as well as local Disc Dog Toss n Fetch competitions. Her recent competition highlights include earning her Onxy title in flyball, a 20,000 point title award. Earning her RATS in Barn Hunt. Jasmine was also a 2012 Splash Dog National Champion Splash Division Finalist and a 2013 Splash Dog National Senior Division Qualifier. 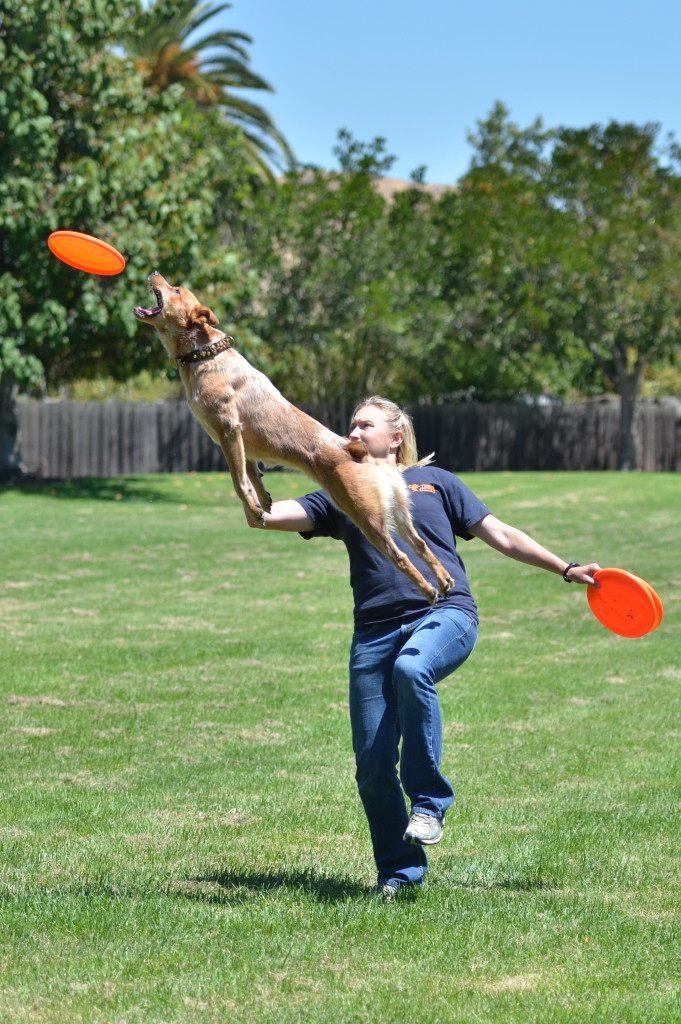 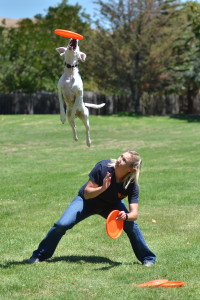 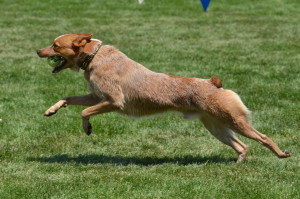 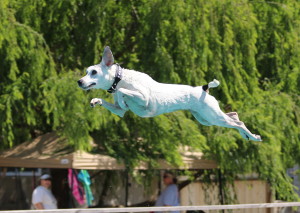 Our Team
We are currently nine active members, spread around Southern California and Las Vegas. Our team is one of only a few teams in the world to have posted a time in the 14-second range.

The Beginning
X started its journey in November 2009. We began running together at Rude Dogs West‘s Rock the West tournament on December 5-6, 2009, where we were grateful to Lickety Splits and Leap of Faith for running pick-up teams with us.

What’s in an X?
With over 30 years of flyball experience between us, the founding members of our new team quickly realized that all together, we had been members of many other teams before starting this new team … ten to be exact! Thus, X was born. Although it began as a way to symbolize “ten,” we quickly embraced all of the exciting possibilities that the letter X had to offer. 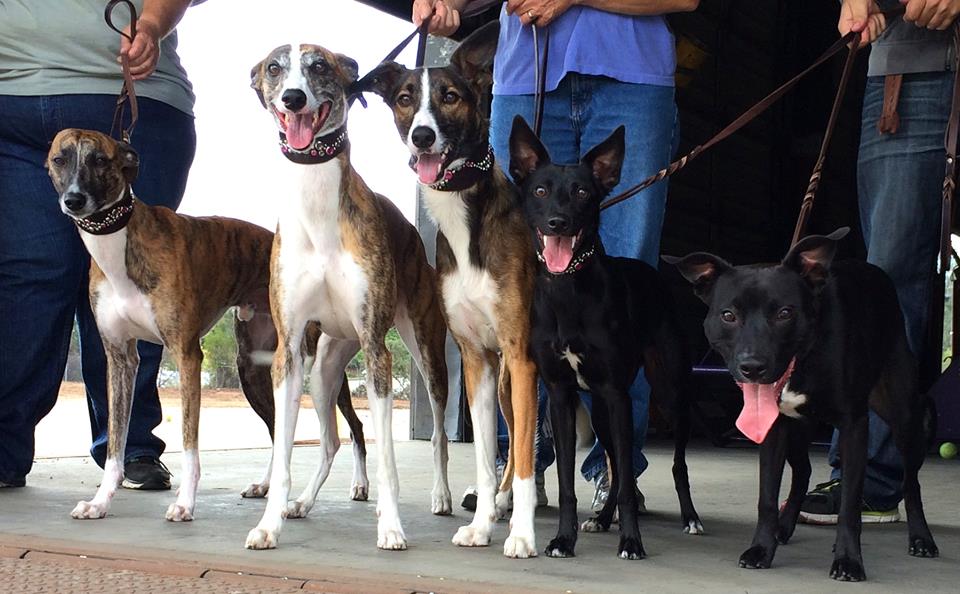